How Do I Centralize A Location For My Telemarketing Employees To Work?

Joe: Hey, it’s Joe. This next question is an automation question. I think the question is getting, what we’re getting to here is you want to hire some telemarketers for you to find you sellers to work with your buyers. How can you do that, having those people work from anyplace in the country. So let’s say you want to centralize the people. Say you work in Indiana and you know some people there that could be good telemarketers. But you have five different states that you’re working in. Well, there’s no reason that those people that work right here in Indiana can’t work in those states as well. Because there’s a phone system inside the Automarketer that allows you to find phone numbers for each one of those people in each city that they want to work. So if they wanted to work in you know, the 323 Area Code or a 310 Area Code out in California, we could get them a 310 Area Code phone number so that when they call into California the person who’s on the other line is going to see a 310 Area Code on their Caller ID so it’s going to look like they’re from there.

Joe: And when they call back, they’re making a local call from wherever they’re at. So, it makes them feel that this isn’t somebody from out of town that’s working with them and they’re more willing to talk to those people. And you can have multiple phone numbers for each of your phone people so that they can call any specific area that they want. And that way you can centralize where they’re working. If you wanted to, you could hire people out of you know, out of the Philippines or out of Pakistan or out of India to make these calls for you, although I wouldn’t necessarily suggest that you find people that don’t have English as their first language.

Joe: Now, I’ve had a lot of students that don’t have English as their first language that have been successful and I’ve worked with people out of the Philippines that I’ve paid $3, $4, $5, $6, $7 an hour that have done a very good job for me. But, I think that if you want somebody who’s going to be good right off the bat, maybe not right off the bat, who’s going to be good faster, pay them $8, $10, $12, $15 an hour. If you’re talking to a seller, people calling sellers, $15 an hour is good because it takes some skill to do it and you want to keep those people. And if you’re paying $15 an hour plus a bonus you can do pretty well. And, if they’re good, and they stick to it, they can probably put in ten hours and put together a deal for you in ten hours.

Joe: So it doesn’t take that much time once they learn how to do it. There may be a learning curve that they may go through of two, three, four, or five weeks, six weeks, before they start getting memos signed, or before they start getting deals signed, and you may want to do the two step process where you’re doing the closing and they’re doing the initial question and answer stuff. And that’s okay, too, there’s going to be time through this. And you’re probably going to be talking to people, you’re going to have two, three, four, five, six different telemarketers that you hire before you find one of them that actually does the job. So hiring telemarketers could be a challenge.

Joe: But once you find somebody who’s good, pay them well and compensate them and give them bonuses. Give them lots of praise because they are worth their weight in gold once you find them. They’re going to be the rainmaker for your business once you get them up and running.

Joe: Now don’t try to train somebody how to do these calls until you’ve done it yourself, until you know you can do it yourself. Because they won’t believe that it’s possible for them to do it unless they know that you can do it. And as you do it yourself, record some of your calls. And the Automarketer allows you to do that as well so you can record your calls and you can use those calls to train them. We also do training on, there’s a conference line that you can get for free called FreeConferenceCalling.com and you can record, you can set up a conference line for free and they can come on that call and you can have them come on and you can teach them how to make these calls. And you can do role play with them and talk to them about it and what to say here, what to say there. And it’s really, it’s actually kind of fun. And you know, you do an hour or two hours of training and once you’ve done that and you’ve done a good job with it, you can give that training to your telemarketers whenever you get a new person so you don’t have to keep doing that training over and over again.

Joe: And then, once that happens, then you start listening to the calls that they’re making. So they’re calls are being recorded so you can go in and listen to some of their calls and say, okay, instead of saying this, say this. Instead of doing this, do this. And it will record all their calls for you. It’ll also set up voice mail boxes for you and it transcribes your messages that come in and it sends you an email with those messages so you can get those messages anywhere you go. I don’t ever listen to my voice mail anymore. When somebody calls my office line, it records it, it puts it on a .wav file, it sends it to me by email. I’m able to read a transcription of that voice mail and there’s a .wav file there because sometimes transcriptions come in a little funky simply because the voice, you know, voice to text technology is not perfect. But it’s still usually pretty good and it’s almost good enough that I can do it without having to read, you know, 80% of the ones, or having to listen to 80% of the messages that come in. And even the ones I have to listen to it’s easy because I can click a button and it opens up the audio player and it immediately plays them and it’s a lot faster than having to press 2 and press 3 and put in your passcode and all that stuff that you have to do with these old fashioned voice mails. 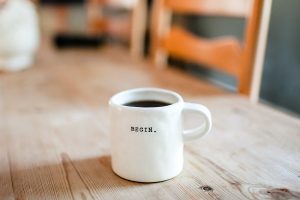 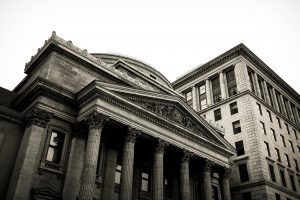 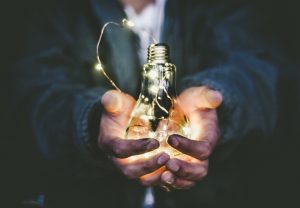 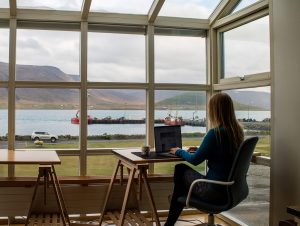