How Does The S A F E Act and the Dodd Frank Act Affect Investors?

How Does The S A F E Act and the Dodd Frank Act Affect Investors?

Joe: Hey, it’s Joe. This email is from Lilly. Lilly and Nick, from Lancaster. One of my, two of my mentor students. “Do I need to go through a loan originator to sell my home or rental on owner financing because of the Safe Act or the Dodd Frank Act? Can you expound a bit on how Dodd Frank affects us as investors?”

Joe: The Dodd Frank Act is 848 pages long http://www.cftc.gov/LawRegulation/DoddFrankAct/index.htm it’s got hundreds and hundreds of different rules that we have to follow. But most of them don’t affect us. I think the Dodd Frank Act actually makes a lot of sense. What they’re trying to do is replace Glass Steagall https://www.federalreservehistory.org/essays/glass_steagall_act which was gotten rid of at the end of the Clinton Administration, I don’t remember what year it was, and by, basically when the Republicans controlled congress they got rid of the Glass Steagall Act which was a way to regulate the banks and keep them from making loans that were unsafe.

Joe: When that went away, that’s when we had the boom of you know, 2000 – the aughts – you know, 2002, 2003, 2004, 2005, 2006, 2007 and then in 2007 everything crashed because the lenders were doing no income verification loans, where you could, you know, if you could fog a mirror, you could get a loan. You can make up the amount of money that you have as income and nobody verifies it. You can lie, basically, and, which is what happened. A lot of people were doing that and they were buying properties that they couldn’t afford and that created a boom in the industry because there was so much money being flowed, you know, that was flown into the industry and it was going to people that couldn’t keep their properties up and couldn’t continue to make their mortgages and so, when the bubble started getting so big, and go watch “The Big Short”, the movie, because it explains how this process works and it’s a very interesting movie. It’s pretty funny as well.

Joe: Anyway, coming back to Dodd Frank. Dodd Frank came in after this crash and they came in and said let’s bring the regulations back to the bank. Let’s not get so crazy again. And that’s what we’re dealing with right now. Is it harder to get a loan? Is it harder to get money? Yeah, a little bit. You have to be qualified to do it. But you don’t really want to be giving loans to people that don’t qualify. You know, that’s why we do, and if you do the stuff that I’m teaching, you don’t need loans anyway. You can use no cash, no credit, you know, and do it in a way that’s safe for you, that’s safe for the seller, it’s safe for the buyer. Nobody gets hurt in these transactions beyond where they’re at right now. And you can solve a lot of problems if you do it this way.

Joe: Anyway. I digress. But the Dodd Frank Act doesn’t impact us unless we’re putting together syndicates you know, and what I would suggest is go to my webpage, go to www.JoeCrumpBlog.com and there’s a search section on the right hand side. If you scroll down the page there’s a little are you can type in some search terms, and type in Dodd-Frank and it’ll bring up some articles that I wrote on Dodd Frank and I think there was one called “My Ruminations on Dodd Frank”. And it goes through and it talks about you know, some of the statistics of what’s being enforced, what’s, what has been implemented, what’s working, what’s not working, what you need to watch out for, and especially, there’s another one that’s called “The SAFE Act” that you want to look at. And if you type in S.A.F.E. and hit return it’ll pull up the information on the SAFE Act which came out before Dodd Frank and was designed to do some of the same things and it also has some limits on the things that we can do.

Joe: We used to be able to sell subject to’s, we used to be able to assign subject to’s. We can’t assign a subject to anymore. I never did that before anyway because I thought it was dangerous and the SAFE Act says you can’t do that anymore. Do it through a land contract. You can buy subject to and you can sell on a land contract instead. So you can still buy and sell subject to’s, you just have to be careful about how you’re selling it. You don’t want to put people at risk. And the goal of these legislations is to not put people at risk. Which is the goal of the stuff that I’m teaching you anyway. You don’t want to put anybody at risk, including yourself, or the sellers or the buyer. And if you use these techniques the way I’m teaching it, that’ll never be a problem. If you make sure that you keep the reserves that you need to when you take a deal, let’s say you take a subject to property and you bought it for $150K on the mortgage and you turn around and sell it for $170K on a lease option, they give you $5,000 as a lease option fee. You take that $5,000 and you put it in the bank and you don’t touch it. You don’t spend it, you don’t live on it, it stays there as a, because that property’s eventually going to go vacant. The likelihood they’re going to exercise the option is very low. It’s probably going to go vacant. You’re going to need to go in there, make the payments on it, you’ll probably need to clean it up a little bit and you’re going to need to put another lease option tenant in there who’s going to give you another $5,000, hopefully $10,000 or $15,000, if you learn how to lease it, get more lease option fees or negotiate your lease option fee.

Joe: When the 2007 crash came along, my subject to properties which I’d previously had a 3% vacancy rate, it jumped up to 20%. And I had to make those payments even though I had those vacancies in there. And that started getting pretty expensive. But I had the cash to do it. I had the reserves to do it. Because I always kept that money aside in order to, for that rainy day. And it took four, five, six, seven months before those properties stopped going vacant on me. All those people lost their jobs and we had to get rid of them or they would move out and I had that vacancy and I had to make those payments. But I had the reserves to do it. It was painful, but I was able to stabilize it and I still have those properties. And a lot of people that were owning subject to’s when that happened, lost the properties that they had and I think that’s just a shame because they didn’t do it properly. They didn’t keep a reserve.

Joe: Anyway. I hope that answers the question. All right – good luck. 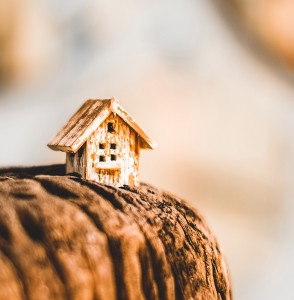