How To Make $2000 On Your First Property Investment Deal

This must-watch video will show you how to make $2000 on your first property investment deal. Discover how to find the best real estate investing deals and capitalize on them with this risk-free strategy!

How To Make $2000 On Your First Property Investment Deal

Joe: Hey, it’s Joe Crump. I’ve got a question here from one of my students, says, “How do I make $2,000 on my first property investment deal?” Well, first of all, that’s a really low bar. You can make quite a bit more than that. So, let’s just start with $5,000. And you can actually make more than that, but let’s say $5,000. We’re going to start with $5,000 instead of $2,000. Two is great, and honestly, making five hundred bucks is worth it, especially on your first deal. So, just going out there and make some money because it gives you confidence and it gives you an understanding that hey, this is possible, and I should do it again. And next time I’m going to make more money. And each time you go up on the income.

Joe: But let’s say you want to make $5,000 on a deal. Let’s focus on that, and let’s kind of shoot for that as your first chunk. And so you go out there, and we’re going to do the For Rent Method. The For Rent Method is an easy way to sort of get started. It’s going to take you two or three or four months to get your first deal together if you do the stuff that I’m talking about. And you’re going to need to put in eight to ten hours a week of effort in making calls to sellers, and talking to them and making offers, before you’re any good at it. The only way you get good at putting deals together is by putting deals together. You’ve got to talk to these sellers. You’ve got to find out why they’re saying “no” to you.

Joe: Because at the beginning they’re going to. And you’re going to talk to a hundred sellers where you have full conversations where you don’t get off the phone until they say “no” at least five times. And I know that can be a little stressful for those of us who had our mom say to us, “What part of ‘no’ don’t you understand?” But you can’t take “no.” You have to ask another question. And there’s a whole process to learn to get good at this. But it doesn’t take that long.

Joe: And then, suddenly, you can quit your job. And what I recommend as far as quitting your job, give yourself three or four months of income that is the same as what you need to live on. So, if you can live on $4,000 a month, make sure that you have $4,000 income coming in from your real estate which you can probably do in eight to ten hours a week. If you have that much money coming in per month for three consecutive months, the likelihood is that you’ll be able to do that for the rest of your life and you’ll be able to make that money for the rest of your life. And it’s probable the income will go up rather than down.

Joe: So I suggest that you don’t quit your day job until you have a consistent income that you can count on because you can do so much real estate investing in so little time that most people can work a 40 hour a week job and still put in 8 to 10 hours a week on the phone talking to sellers, you know, in the evenings, on weekends, the mornings, you know, on their coffee breaks – whenever they have time to make that happen when they can learn this process. It’s not that difficult. It takes some guts, it takes some perseverance, but once you learn how to do it, it becomes a lot easier.

Joe: There’s a story that I like to tell, and I heard this from somebody else, I didn’t make this up – but, there’s a guy sitting in a room, it’s a darkened room, and he’s sitting paralyzed in fear on a chair. And on the chair in front of him there’s a poisonous snake that’s sitting ready to strike. And he knows that if he moves that snake is going to strike and it’s going to kill him.

Joe: So, he doesn’t do anything. He does nothing but sit there. And then somebody walks into the room and turns on the light. And as soon as that happens he realizes, “That’s not a snake there. That’s a piece of rope. I thought it was a snake but it’s a piece of rope. It can’t hurt me.” Now, his fear dissipates because he has the knowledge. Once you have the knowledge and the understanding and the expertise and the skill, once you have those things nothing is frightening anymore. You know how to proceed. You know how to deal with nearly every situation.

Joe: And you can get to that point with three or four months of study. I have a six-month mentor program. It doesn’t take that long to get really good at this business and learn how to put deals together, how to start making money and then how to start automating your business and systematizing the work that you can’t automate, until you have a business that you can extract yourself from and you can work less than 8 to 10 hours a week, but continue to build your income over time.

Joe: And then eventually start building a portfolio where you actually build wealth. Flipping properties typically you make cash. You make chunks of cash. That’s how you live on that. But building a portfolio, that’s your long term investment. That’s where you build wealth. And you’re going to want to learn how to do both of those things and I teach those things to my mentor students.

Joe: So, let me give you real quickly how to make this $5,000 so that you can go out there and start doing it yourself. Go to craigslist, which is what the Automarketer does, it goes to craigslist, it scrapes lists of people that are selling their homes For Sale By Owner in any area or criteria that you want. And then it sends them a text that says, “Would you consider selling your home rent to buy?”

Joe: If you want to do this without getting the Automarketer, just call those people up and say, “Hey, would you consider selling your home rent to buy?” And if they say yes, then you have them sign a simple, one-page lease option memo that says it’s okay to sell to Joe for X amount of dollars over a three-year lease option period. And that right is assignable. That’s important – it has to be signed for it to be a real contract.

Joe: And then you become a principal in the transaction and it makes it legal for you to go sell that property to somebody else. So, now you go out and you advertise that property. Let’s say you bought it from them, they wanted $150K. You didn’t negotiate with them, you said, okay, I’ll give you $150K. What’s the market rent for that? Oh, it’s $1,200 a month. Okay, I can get you $1,200 a month market rent for that. You go out there and you advertise it $1,200 a month for $160K.

Joe: And now you’re going to try to get $10,000 as a down payment. And you probably can get $5,000 in cash and then the other $5,000 you can negotiate with the buyer and maybe have them make payments on a promissory note over a two-year period, maybe a couple of hundred dollars a month and pay you over a two-year period, $200 a month on top of the $5,000 that you made.

Joe: So, that’s how you made money. Now, it took you maybe 20 minutes on the phone with the seller to put that deal together if you know what you’re doing. It also took you time to find the buyer and do the marketing and the advertising. Let’s say that takes you five to ten hours to do that. It could take a little bit longer, a little bit less, depending on the market and if you’re priced properly and all that stuff.

Joe: So, you find somebody, that took you 8 or 10 hours. You made five grand. So, you made about $500 an hour for your time. Now, that’s, you know, if you’re used to making $50 an hour, that’s ten times what you just made with ten times less effort. The effort that you put in was learning how to do it, was taking the time and building the expertise to do this. And that just takes practice. So, go out there, you can do this. It’s not a big deal, it’s not hard to turn around and sell a property on a lease option that you can get control over and have no money into it, no capital into it, no loans into it, no credit into it. All you have is a piece of paper and an agreement between you and the seller. You turn around, find that buyer simply by putting an ad out there and bringing them in and then getting from someone a down payment that wants to own a property they could not have bought otherwise because they don’t have the credit to go out and get a mortgage from a regular bank.

Joe: All right. I hope that helps. If you like this video, hit the subscribe button below. Make sure to ring the bell and it’ll send you a notification every time I send out another video. Also check out PushbuttonAutomarketer.com, that’s my automation system, and ZeroDownInvesting.com is my six-month personal mentor program where I actually walk you through all these things personally. 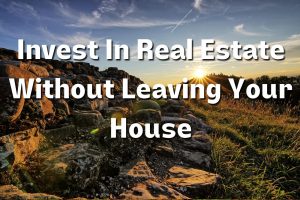 Invest In Real Estate Without Leaving Your House 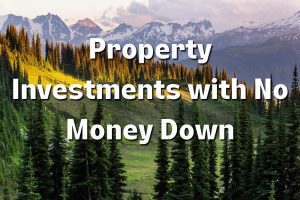 Property Investments with No Money Down 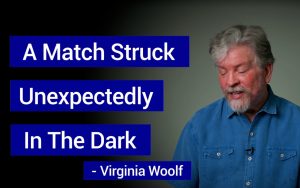 A Match Struck Unexpectedly In The Dark