How To Structure Cash Deals In Real Estate Part 1:”Subject To” Deals

Joe: Hey, it’s Joe Crump. In this series I’m going to do, I’m going to explain the different zero down structures. There’s five of them that I’m going to focus on that encompass just about every different type of structure that you can use. And there’s a hierarchy based on the type of offer that you’re making, whether you’re buying or whether you’re selling. I’m going to try to explain some of those things in these videos. The first five videos in this series are going to be explaining each of those different structures. So you’ll probably want to listen to them all eventually, one after the other. But right now we’re going to trickle them out, you know, once a week or whatever, and you’re going to be able to listen to them that way.

Joe: So let’s start, first of all, with subject to. What is buying property subject to the existing loan? Essentially, what you’re doing is asking the seller who already has a property and has a mortgage on that property to transfer the title to you. Transfer the deed to you. And so they sign over the deed to you, you take over the property, and you start making payments on their existing loan. You’re not going to qualify for that loan, you’re going to take over that loan payments. You’re also going to transfer the insurance into your name and you’re going to start making the tax payments as well. So you’re going to be paying principal, interest, taxes and insurance on that property.

Joe: And you’re going to go out and find someone, probably, to lease option that property. And they’re going to make payments to you. So you’ll, let’s say you have a property and it’s got $150K mortgage on it and it’s worth $160K. You turn around and sell it for $165K, $170K maybe. You get $5,000 as a down payment and you’re going to get let’s say $1,200 a month for the income for it. But the payments on it are $1,000 so you put $1,000 towards the payment, the PITI, plus you take $200 for yourself as cash flow for that property. So that would be one scenario where you could keep this property and pay it off over time, using the existing loan on it, getting, having no money into it, making $5,000 pretty much when you close that deal because you’re not going to close it until you find a lease option buyer to move in. So you’re making money immediately on it. But the way you’re taking control of that property is having the title.

Joe: This is the strongest way to buy a property, having control of the title and not having your name on a loan. Now you don’t have to qualify for the loan, you don’t have to have good credit, you don’t have to have any down payment and you have full control over this property. The seller has no control over that property. You now have control over it. If you don’t make the payments on that property, you trash their credit. So you’re obligation, your ethical obligation is to make sure you make those payments. If you take that property, start collecting rent on it, don’t make the payments, that’s considered fraud and they can put you in jail for that. So don’t do that. It’s also not the right thing to do. I’ve seen people do it before. I’ve also seen a guy go to jail for it. So make sure that you do this properly and you watch out for the people who you’re buying the properties from.

Joe: If you get into a position ever where you can’t make the payments, my promise to our sellers whenever I take a property from them is that they won’t ever have to worry about this again. But, I tell them if I ever get into a situation where I can’t sustain this property for whatever reason, I will give it back to them in as at least as good a condition as I what I took it over at. And I won’t have, you’ll also get it back without the payments being late. So even if it’s a few days before the next payment is due, I’m going to do that. And if the next payment comes do, then I make that payment so that they, so it’s never comes late on them. So you have to take responsibility.

Joe: So by learning these things it gives you a great power and with great power comes great responsibility. I feel like Spiderman’s dad, or grandpa. Anyway. So, use this stuff wisely. It is the best way to buy property and you can build a whole portfolio. The likelihood that you could put together ten of these $150K properties in one year, one a month even, is very high. That means that you just built $1.8 million worth of property and it’s probably worth more than that. So, you can probably get close to $2 million worth of property in a year doing it this way. I’ve had lots of students that have done it that way.

Joe: And a lot of these things you can get with some equity in them. A lot of times you’re buying them without any equity where you, like I said, you get $150K mortgage, and it’s got $10,000 of equity. Okay, $10,000 of equity isn’t real equity. You can’t turn around and sell it and pay a realtor and get out of the deal. You’re going to have your expenses to sell that are going to be higher than that. But if you keep the property, you’re going to get some benefits from it. You’re going to, every month, you’re going to get a buy down on that note, you know, ,maybe it’s a couple of hundred dollars down on that note. You’re going to get tax depreciation which is over 27.5 years on the tax basis of that property so it’s about 3.64% of the improvement value of that property. So, on a property like that you’re probably talking about, I don’t know, $4,000 or $5,000 a year and, which is you had, you’re in a 30% tax bracket, that means you’re making about $1,500 per year in you know, your tax benefits.

Joe: You’re also going to get appreciation on that property. The properties typically go up over time so, if it goes up just 1% in a year, it’s gone up another $1,500 in value. So you get the buy down on the note, you get appreciation, you get depreciation and of course you get the rental income on the property as well. And eventually, and you’re also going to get the lease option fee. So anytime somebody buys it on a lease option, they’re going to give you a down payment. So, let’s say they give you $5,000 and you can get anywhere from $5,000 to $15,000 on a deal like this, on a lease option.

Joe: Let’s say you get $5,000 so you get that cash. You probably want to put that in an escrow account and hold that as a reserve because you’re probably going to get that property back. The likelihood that they’re going to exercise that option when they buy it is very low. Less than 30%. And if they do, then, and you sold it for $165K, that means they still owe you $160K on it, you owe $150K, they give you $160K, you get $10,000, you make a profit if they buy it. If they don’t, you get the other benefits of owning that property as a rental property for as long as you own it. And you’ll pay it off eventually. If it’s 20 years left on the mortgage, in 20 years it’ll be paid off.

Joe: If you’re making more cash flow on it and as time goes by, you’re rents go up typically, and as your rents go up, you could start paying more down on your principal and pay it off instead of 30 years you could pay it at 20 or instead of 20 years you could pay it off in 10. And you can get to that place where those things are paid off a whole lot quicker. Or, you can just keep the cash flow for yourself and use that to live on.

Joe: Just make sure you keep a reserve on these properties. I’ve seen too many people buy a bunch of subject to properties and then they’d have vacancies and they wouldn’t be able to make their payments because they spent all of the money that they got in lease options to live on. And that’s a mistake. So, don’t get into that situation because you don’t want to default on these properties if there’s any way that you can avoid it. And you don’t want to have to give it back to that seller later if you can avoid it.

Joe: One thing, though, when you do have to give it back, if that ever happens, it won’t damage your credit. It won’t cost you anything other than what you promised them that you would do which is keep it current. So, that’s how you do a subject to. That’s the basic structure of this and all it takes is them deeding you the property.

Joe: Now, we have a whole package of documents that we ask them to sign, you know, disclosures, and you know, giving us the right to have control over the insurance policy, you know, those types of things that we have on every subject to property that comes through. We also have the right to talk to a lender, which we get in writing, we ask them to give us the password to their online account, their bank account that shows the mortgage account so we have access to the mortgage. We can pay it online if we want to and do it that way.

Joe: One of the things I’ve talked about in previous videos is the due on sale clause. A lot of people are concerned with subject to because of the due on sale clause. Every lender has, or every mortgage has a due on sale clause that says if you transfer that property they have the right to foreclose on that property. There’s some ways around it by using a land trust or doing things like that or hiding the fact that it got transferred from the bank by not recording the deed, you know,. We’ve done those things as well, but I’ve, we’ve done so many of these subject to’s, hundreds, and with my students, thousands, and when I look at over all the years that we’ve done this for, I’ve never seen one bank every foreclose using the due on sale clause as its reason. So, I wouldn’t worry too much about that happening.

Joe: Of course I can’t give legal advice. I’m not an attorney, so, take my advice as from my experience, not because I legally have the right to give you legal advice. I don’t. I don’t even play one on TV. So, anyway, hope that helps. That’s subject to. Next time when we come back, I will talk to you about multi-mortgage as the second in the hierarchy. All right. Hope that helps. 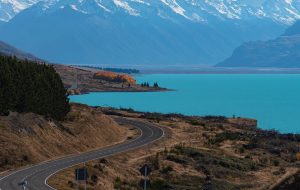 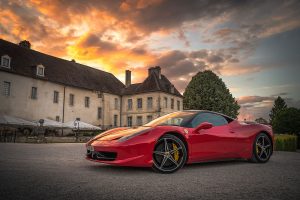 How to Get Rich with Real Estate Investing 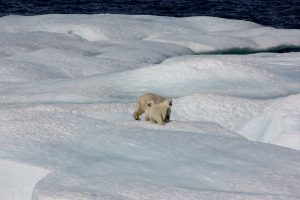 How Will Global Warming Affect the Real Estate Market? 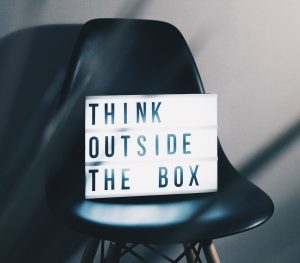