“I started real estate investing back in 1986 in Los Angeles, California. Three years after I started, I had bought $17,000,000 worth of property”

Everyone asks me, “How did you get started as a real estate investor and how did you make your money?”

Well, here’s the inside scoop…

“There’s no shame in being poor, it’s just damn inconvenient.”

I can tell you now, I’ve been poor and I’ve been rich and it’s better to be rich.

I started real estate investing back in 1986 in Los Angeles, California. Three years after I started, I had bought $17,000,000 (that’s 17 million!) worth of property. The first property I bought was brand new construction.

I didn’t know what the heck I was doing back then.

I did know that I didn’t want to live in it. It was too far away from where I worked.

To be honest with you, I don’t know why I bought it, other than the fact that I looked at all my friends and they were making more money on the appreciation on their houses than they were making on the job.

I was in the movie industry at the time and I was making good money by most people’s standards. I only worked about 100 days a year, had lots of time off and got to work on sets and do lighting. I was what they call a “Grip.” … it’s mostly camera rigging and lighting.

Anyway… the real estate values were shooting up so quickly in the late l980’s in Los Angeles, that my friends and coworkers were making more money on their property than they were in their job. So I decided to buy a property… and then, within a month after I bought it, the value had gone up 20%.

Don’t try to repeat this idiocy. I was in the right place at the right time.

I turned around and immediately sold that new house and made a nice chunk of money and I thought, “This is a great business. I’m going to like this.”

I didn’t realize at the time that markets don’t jump like that very often. I was very lucky… at least in the beginning. But this good fortune started me on a road to being able to start buying properties like crazy. I started doing rehabs after that first success.

I had this brilliant idea that if I bought a house a little bit under value, I might make even more money… what a concept… so I bought HUD and VA foreclosures.

These properties were a little under value and I fixed them up, waited a month or two for the values to rise, and then sold them for another big chunk of cash.

I was living up in the Hollywood Hills in Los Angeles in the Laurel Canyon Area. A shack up there cost 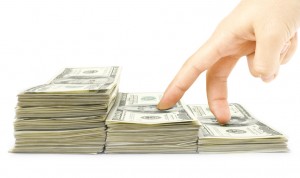 $350,000 at the time. I was building properties like crazy… I think the most expensive one was a $1.6 million. They were all on the hillside. These properties had $300,000 foundations because of the earthquake rules in L.A.. They had 3 foot wide concrete and rebar pillars going down 50 feet into the ground. They were huge properties and I thought they were going to make me a fortune.

Remember… only three years had passed and I had bought over $17 MILLION dollars worth of property and a big wad of that was equity. Everything I had was buried in these properties… I was leveraged to the hilt and constantly looking for more property to buy. I thought I was immune to failure, touched by the gods, a golden child.

My fall to earth was approaching rapidly.

I owed more than that… my equity, my profits, my fortune had vanished like smoke… almost overnight.

I had a 25% margin on most of these properties. The construction lenders that I had borrowed from, came to me and said, “We’re going to stop the loans. We are not going to give you any more money.” I said, “But I just finished the foundation, a $300,000 foundation… it’s in the ground… concrete, steel. You can’t get it out. What am I going to do?”

They said, “We’re very sorry. We can’t continue giving you more money. We have to cut our losses. You’ll have to stop building. If the property doesn’t keep it’s value, we have the right to stop giving you money and reduce our potential losses.”

“But you told me you’d loan me the money,” I wailed… okay, I didn’t really wail… I just felt like wailing.

They said, “Well, look at your contract. We can stop you anytime we want to.” They stopped me and everything fell apart. I could no longer make any of the payments on my infrastructure.

I lost my house. I lost my cars. I lost my dump truck, my bulldozer, my bobcat, my concrete forms… “Oh no, don’t take the bulldozer,” I said. They took the bulldozer. I lost everything. I had people coming to my house in the middle of the night pounding on the door wanting money. I had people serving me legal papers every night. Literally, I got served with many, many lawsuits for unpaid bills because when you’re doing construction, there is a lot of stuff going on.

When it all finally played out, I knew that I had to leave my house. I was walking up in the Hollywood Hills with my dog and I remember looking out over all of L.A. (it’s really beautiful at night, you can see the whole city from up there). But that night, as I looked out over the city…. it was in flames. On top of everything else, the L.A. riots where in full swing.

So… we have the riots going, my business was in the tank, my wife was 6-months pregnant with our 1st child, I had no place to live, no place to go… but I had family in Indiana and they still loved me.

So here I am… 35 years old, driving back to the Midwest in a big rented moving truck to move in with my parents. Talk about eating humble pie. This was a difficult thing to do. I’m sure a lot of you have been in tough financial situations before. I know a lot of people have gone through this sort of thing before, maybe not to the extreme that I’ve done, but a lot of you have seen hard times. It was a difficult thing to experience and I wouldn’t wish it on anyone.

But I knew a lot about real estate. I became a real estate agent. I started selling property. I just had to get on my feet quickly. I needed money quickly.

But then I started to open my eyes again and I realized, “Wow, I can buy property.”

Here was the equation I was using before the crash.

I would go out, I would get a loan, I would put money down and I would use creative financing to help leverage the deal. That is how I built the business so big, so fast.

With my new situation (no money and terrible credit), I knew I was not going to be able to take out any conventional loans. I had to stop using conventional lenders. I had to pull out of that system. I had to do it without any money because I didn’t have any money.

So now all I had was the creative financing part. So my question to myself was… “how am I going to make that work?” 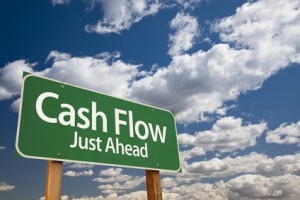 The answer to the question, “how am I going to make it work?” is what evolved into the “Safety Net” method and my “Millionaire Matrix.”

I developed the “Safety Net” Method of real estate investing over the past 10 years. This is a revolutionary, proprietary method that you will not find anywhere else. It is so proprietary that I trademarked it.

Nobody, anywhere, is teaching this method and it’s not because people know about it and don’t want to teach it, it is because I INVENTED this method.

Using this method you can:

1. Do deals in a matter of minutes.
2. You can do them from your HOUSE… you never even have to leave.
3. The deals will not close unless they are good deals and you make money.
4. You never put you finances at ANY risk with this method.
5. You are able to leverage your profits so that you can make literally hundreds of thousands and millions of dollars without having to get a single loan or use your credit.

It doesn’t take long to get going and start making cash money, if you follow through with my step-by-step system.

How To Set Up Your Taxes For Real Estate Investing

How Do I Find And Buy Off Market Properties