Pam: Pam Madsen in Indianapolis Indiana. I saw a sign on the roadside that said ‘Investors Need Help” and I just called the number on the sign.

Pam: Somebody answered the phone and said it was an investor program, and actually, I had met Joe years before when he was a realtor and I was looking to buy investment property, so I had remembered the name. I just started looking into the program and it was all laid out on the website and I just eventually decided to do it.

Pam: I was ready to make a change in my life. I’d been a paralegal for 22 years and was ready to do something different to have more flexibility in raising my daughter and was just ready to run my own business and be my own boss.

Pam: Not very long. I started with the For Rent Method and calling phone numbers in the paper and I think it was within a couple of weeks that I got my first client, which is still, 4 years later, a client of mine. There was a sign in the yard that the couple who owned this house were trying to rent it out, so I called and asked if I could help them find a lease option tenant. And they said, yes that’d be great and they’d love the help. So I did find them a lease option tenant and that worked out real well, and I eventually started a property management company. So when that family – they didn’t buy the house – they moved out a year or so later, so I found this couple another lease option tenant and that person stayed for a couple of years. The couple decided to sell the house and by then I’d gotten my real estate license. So now I had the house for sale. So I’ve been in a relationship with them for about 3 years now.

Pam: With this first one, the lease option fee was $3,000, so I made $3,000. I was working part time for a while as I got things going. I still had a full time job. I was probably working about 10 hours a week, and I made $3,000 on that first deal and once I did that first deal, then of course I had more confidence to keep going and keep making those cold calls, which was hard to do at first. It didn’t take long to get another one and it just kind of snowballed, and it wasn’t long before I quit my job and started my own business. It was $3,000 on that first deal. I think there were a couple that I might have split the lease option fee with the owner so that they’d have some money as a ‘security deposit’. But it was $1,500 to $3,000 per deal.

Pam: I probably worked for about a year or a year and a half before I quit my job. I was making about $50,000 a year as a paralegal so I needed to replace somewhere near that number. I got to probably about $30,000 a year and I felt comfortable that I was ready to quit.

Pam: Yes, I got my real estate license and did a little bit of buying and selling but that wasn’t really something I enjoyed doing much so I continued doing the lease options and do some of the For Rent Method and then started doing property management. Then, I started working with Joe, buying houses and rehabbing houses. I act as the realtor on those and manage the rehab and then fill the properties. So I actually manage about 75 single family homes now as well as act as a realtor on deals with Joe and other people.

Pam: Well, we find properties in the MLS mostly and we’re looking in the $15,000 to $30,000 range and in Indianapolis you can do that. We buy the house and then we put $5,000 to $10,000 into it and then we rent it out. These are long term rentals. Some of them are sold to other investors. Some of them Joe just keeps in his portfolio. So I manage the rehab on those, then fill the property and then manage the property. They rent for between $800 to $1,050 a month.

Pam: No, I don’t work in a warzone. I actually owned property in a warzone and I will not do that now. So these are properties that are lower income or blue collar areas, but they’re not warzone. If you have a slum property, you’re going to get a very low quality of tenant who’s not going to appreciate it or take care of it. So, we keep our properties very nice. They’re often the nicest in the group and that helps us get a little bit more rent and it helps keep a better quality of tenant.

Pam: And that’s another thing about property management. You have to have somebody that stays on top of things and has a relationship with tenants and fixes things when they’re broken and can make the decisions about things that need to be fixed and the things that don’t need to be fixed. But you definitely have to keep up your properties. I don’t think there’s money in being a slumlord in the long run.

Pam: Signs in the yard, advertise. But the trick is to make them pay an application fee, screen their credit, screen their income, check their public records to make sure that they’re not being evicted. And there’s all kinds of games that people play. You have to figure out – sometimes people come to you and they’re in the process of being evicted where they live and you have to check the tax records to be sure that the owner of the home that they say they’re living in is actually the owner of the home. There’s all kinds of way that people try to get by you, so you just learn with experience how to figure out who’s for real and who isn’t.

Pam: I think the trick with evictions is to not let people get too far behind. We have a policy where if they don’t pay you by the 15th of the month, we file an eviction. And that doesn’t necessarily mean somebody has to move. That just means that they are now on notice that they have 2 to 3 weeks between now and the time of the hearing to get caught up on the rent. And most people do that. Sometimes you have to fill an eviction just to let people know that you’re serious about collecting the rent and their priorities and how they pay their bills has to be food and rent. And then by the time the hearing comes along, if they pay the rent then they can stay. And that’s the goal – the goal is to get the people to stay in the property, not have the expense of turnover, and pay the rent. So if they don’t get caught up, at least in Indianapolis, the judges give them about 4 days to move so then they have to move and then we just start all over.

Pam: I like where I am right now. I have a bookkeeper. I have an assistant. I have a great crew of guys that work with me. I’m not really looking to expand. I’ve never done any advertising. This has all been word of mouth and it’s built up to a really nice level now that I can handle. If I wanted to expand, I know I could. I could just advertise for more business but I kind of like where it is right now and I’d like to just kind of maintain what I have.

Pam: It has been so far exceeded anything I ever thought when I first started the program. I had done other programs with other gurus and you pay the money and then you never hear from them again. Or you go to their seminars and it’s all about buying more materials and more steps in their programs and then you just don’t have any follow through. But with Joe, there’s conferences every two weeks. He’s always there to pick up the phone and answer emails and he truly, truly is a mentor. I would highly recommend his program to anybody because it really has changed my life. I have a lifestyle right now and flexibility in raising my daughter that I never would have had working for someone else.

Pam: The biggest thing that keeps people from doing this is fear of the unknown and the fear of not being competent. And especially when you come from another profession and you’re competent and then you start something totally new, you don’t know the language, you don’t know how things work, and you have to fumble through. You feel like a kindergartener but you have to get past that fear and just do it. That’s the thing – you have to pick up the phone and make those cold calls. I remember being SO nervous doing that – I hated it. But once you do it, it’s like anything else. Once you have one success then it builds on the next. So, you just have to jump in with both feet and do it.

Pam: Owning my own business gives me the flexibility to make my own schedule. It doesn’t mean that I don’t have to work. I probably work harder than I ever did working for somebody else. But when your whole income and your business and everything is dependent on your efforts, it’s a completely different mindset than when you get a paycheck every two weeks. So, it makes you work harder, and it’s more motivating, it’s more creative, you think for yourself more, and you have to solve your own problems.

Pam: Sometimes that’s tiring because you can’t pick up the phone and call your computer wizard to come fix your computer. But on the other hand, the rewards of seeing your income double through your own efforts and knowing that you’re making that money, not somebody else (which is usually what we’re doing when we’re working for someone else – we’re making them money) – when you’re making that money for yourself, it’s just so much more rewarding.

Pam: I would just say that Joe is for real. He is a wonderful mentor and his program is very substantive, and he is very supportive. If you make this commitment, you won’t regret it. I know I certainly haven’t. 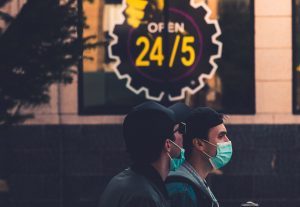