Joe: This is where you start your voice blast. The way to do that is to first of all, go to ‘Account settings’. If you haven’t set this up already, you’ll need to set up a credit card to pay for your voice blast. As you know, sending out emails are free in this system but if you’re going to send out a voice blast, you have to pay. Here’s the breakdown of the costs that shows you what it costs to do this.

Joe: It typically is going to cost you from a dollar to two dollars per lead when you send out this way. What you’re going to do is put your credit card information in here by clicking on ‘Add or replace your credit card information’. You put it in here and then it’s going to save it and keep it secure so that you don’t have to worry about anybody losing it or anybody taking it. So once you get that information in there, it’s going to charge you 20 dollars initially, and then as your balance drops as you use the material up, when it drops down to 10 dollars, it’s going to charge you another 20 dollars. So there’s never less than 10 dollars in the account.

Joe: You don’t want to put a whole bunch of money in there at one time if you’re not using it right away, so only use the amount that you need. That’s why we set it up that way. If you need to change the card at any particular time you can just change it and click update and then you’ll be good to go.

Joe: The other thing that you need to do is you need to pick an area code for the phones that you’re going to be sending out. You want to pick an area code that is local to the area that you’re working. So if you’re working in Indianapolis like this one is, then 317 is the area code for that, so type that in and click on save. That way, when you get this card information in and you get the area code in, it send us a message and lets us know that you’ve done that and then we go on and we build a voicemail account for you.

Joe: Then, what’s going to happen is we go to ‘Voice blast campaign’. As soon as you see this number come up here, not this particular number but YOUR voice blast number, then you’ll know that the account has been set up. Until then, it’ll say ‘Your account needs to be set up.’ And it’ll say, ‘Activate your account.’ But once you’ve activated it, it takes 24 hours, and then our coder will get to it, get it set up and get you a voice mail account.

Joe: Now, if you want to know what to say in this, I think that would probably be helpful. Bring this over here, scroll down the page until it says ‘Begin script’ and then this is what you’re going to read. So, when you open the record message button, it’ll be all ready to go. You click the record button, and record this message.

Joe: Once that’s done, then you’ll want to record your voicemail. When you first come in here, you’ll see a red x, but once it’s done, there will be a little green checkmark showing that its actually been done. And once you’ve record your voicemail, it’s the same thing. Except that you want it to be very basic. Just say, ’This is Joe Crump. Leave a message after the beep. I’ll get back to you as soon as I can.’ Of course you’ll want to use your own name.

Joe: And then, that’s it. Then you go to ‘Filter your list’. You’re all set up to do this. Now you go filter your list just like you did with the email blasts. Click on search. And if you don’t wait, it’ll ask you to wait (because it’s going to load). Once it loads, you click on search and it’ll load again. We’re actually trying to fix it so that you don’t have to do it twice, so by the time you watch this and by the time you see this video, that may have been fixed.

Joe: So now, you’ve got your leads down here and you’re going to queue up leads the same way you did with your email blasts except you’re going to do it with your voicemail blasts. So, if I want to do 500 of them, I can click on ‘Select all’ and then I can tell it to voice blast queue. And it’s going to take this little thing – when it’s a red minus, that means it’s not queued. If it’s a green plus, that means it is queued. But I want to queue all of them at once, so instead of just doing that one, I’m going to hit ‘Voice blast queue’ and then all of these are going to come up. Once I do that, I go to voice blast campaign and we’ll see that 500 have been put into the queue.

Joe: If I hit ‘Start voice blast’, it’ll start sending out this recorded message to all of these people. I’m not going to do that right now. I’m going to hit ‘Clear queue’ just to have it empty. The next time we want to send out a voice blast, all we have to do is make that happen again.

Joe: And that’s all you have to do to make that happen. Once that happens, you’re going to start getting calls back, and of course, you’re going to get leads sent to you by email. But you can also check your voice blast leads right here, and we’re going to do that in a different video but this will just get you started, get you going and really start building your list. 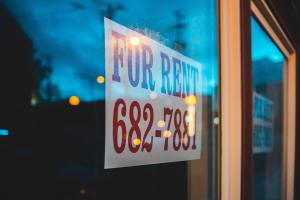