Preparing your real estate investing business for the next market crash will be the difference between staying afloat and losing everything you’ve worked hard for. This video reveals several steps you can take to prepare for the inevitable crash that’s coming and protect your business!

Joe: Hey, it’s Joe Crump. The 2020-2021 Recession – How to Prepare for the Next Market Crash. It’s coming. The next real estate market crash, it is coming. It’s on the way. Seven percent, I think I’ve mentioned this in other videos, seven percent of all mortgages in the country right now are late, are not being paid, not being paid in full. And it’s a kind of deferment. And there’s eventually going to be foreclosures. Not a good thing. Going to create a lot of hardship for a lot of people. I know I’m smiling right now, and maybe I shouldn’t be because it’s going to create a lot of pain, but we’re going to be uniquely positioned with the knowledge that we have to be able to help solve some of those problems so that you can help bail people out.

Joe: Right now, we haven’t see that decline. And, in fact, the market has been really strong. We put a property on the market it sells very quickly. I haven’t had a problem selling any of my properties and we’ve been selling quite a few lately. And that’s great. It’s taking longer to get the loans because everybody’s working from home and the COVID thing and all that, so it’s taking longer to process the loans. But usually, you know, instead of forty-five days it’s taking sixty days or seventy-five days to get the deal done. So we have to wait for that to happen when we’re selling a property that requires a lender.

Joe: But, as people are unable to sell their properties, they’re going to need alternatives and right now, it’s not just alternatives that they need when the market crashes, we can also help them make more money in the long run. If we do these as the For Rent Method, it actually satisfies the greed portion of it. So, let’s say you’ve got a property, you don’t want to put it on the market right now because the market has maybe declined, or maybe it’s not, maybe it’s a little soft or, maybe you just want to make more money in the process. You want to buy another property because you have to move, maybe you have a new job, maybe you want to move to a different school system for your kids.

Joe: So, what we could do is lease option that property and our sellers will make more money because they’re doing a lease option than they would have made otherwise. They could refinance that property, pulling cash out that they need in order to put a down payment on maybe another property and get maybe a better interest rate because interest rates are great right now. And then we can rent the property. And as long as it’s under about $250,000, we won’t have any problem finding a tenant that can make the payments, that the rent is typically higher than the payments on properties of that price range.

Joe: Once you get into higher end markets, then it’s going to be harder for them to refinance the entire amount and not have a negative cash flow. But even that makes sense for some people, depending on their situation and whether or not they can get that property sold. But, if you’re going through this process and they want to make more money, you can do that.

Joe: A lot of the properties that I bought after 2008 I would buy for you know, 30¢ on the dollar. So, let’s say you’ve got a property that was originally mortgaged for $75,000. It went into foreclosure. Now the bank has it. And they put it on the market for $20,000, $25,000. And we would buy it for $25,000. So, the bank would lose $50,000 on that mortgage, but of course they were insured because they had mortgage insurance on those properties, so the government paid them that $50,000, so the bank didn’t lose the money. It was the insurance from the federal government that covered that loss for them, and then we’re able to buy it for $25,000 which is the current market value, although not actually because those were pretty good deals.

Joe: And we were able to do that because we put ourselves in a position financially to make that happen. And if you want to get yourself in a position to do that, to have money to be able to do that, there’s a couple of things you could do. You could maybe get a HELOC on your own property. But I’d be really careful about putting a HELOC on my own property. I’ve done it before. I still do it occasionally, where I’ll pull money out of my house and I’ll go and buy a property. But most of the time you don’t really need to do that because you’ll be able to develop cash from doing flip deals, doing maybe the For Rent Method, or doing these other flip deals that I teach in all these other videos that I’ve been giving you.

Joe: Our typical turn around time when we were doing this in 2008 was about three to four months we were able to flip these properties. I was keeping most of these properties. But I sold a few of them to investors. And I sold them as turnkey packages because I wanted to be able to buy the property, fix it up, put a tenant in that property so I’d have immediate income from that property and then I would offer it out to my list of investors.

Joe: It’s not hard to build a list of investors. And when you’re selling turnkey packages it’s a little more difficult than if you’re selling under market value properties, but you just need to educate the people that you’re working with and say here’s why it makes sense, here’s the return that you’ve got on the investment. Maybe it’s 12%, maybe it’s 14% – it’s still a great return compared to a money market and I don’t think it’s that much more risky than having the money in the bank.

Joe: Because it’s real estate. It’s a real asset. It’s not going to just drop dramatically in value if you bought it right to start with. So, these are things that you can do to kind of get prepared. You have to make some money or you can start building relationships with other people who have money that would like to invest when the time comes, start making people aware, hey, this is coming, we’re going to be able to buy properties like this. Would you like to get involved when that time comes? How much money do you have to do that? We can partner on the profits when we go through this process. You might want to do it through your IRA, if they have money in an IRA. You can partner with them and build an LLC and put it through that way and make some money together on those types of deals.

Joe: Then be uniquely positioned when this time actually comes, because it is coming, that you’ll be able to buy these properties. I feel very confident that we’re going to see this kind of decline in the market and this kind of foreclosure process pop up. Something dramatic would have to happen. We’d have to have a really restructuring, a big restructuring in the way our economy works for these properties not to go under, which I think we should do, but, you know, I think we should have a different way that our banking system works.

Joe: All right. I hope that helps. Don’t forget to subscribe. Go to JoeCrumpBlog.com and sign up for the free newsletter. Go to PushButtonAuromarketer.com so you can find these properties. It’ll bring deals in all the time and help you manage your team and manage your systems and also look at ZeroDownInvesting.com for the six month mentor program where I work with you personally and help you through this process.

Joe: All right – good luck to you. 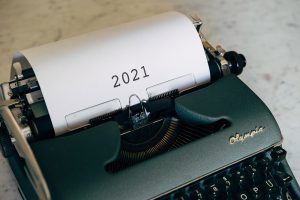 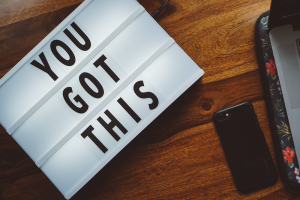 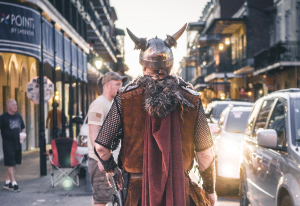 How To Invest In Real Estate In Multiple States