What Is Going On In The Background That Makes You Money?

Joe: Hey, it’s Joe Crump. In this video, I’m going to show you what’s going on in the background when you get a new lead.

Joe: The first thing that happens is that an email is sent out to you with the response email from the person who sent it. That email is being sent to you because it’s been categorized by the classification filters. The classification filters are a list of keywords that you can add to or subtract from, depending on how the filters are working for you. What it does is that 60% to 70% of the time correctly (30 or 40% of the time, its incorrect) it looks at the email that’s coming in that’s being sent by the seller and it tries to determine, based on what the text is in that email, whether they’re saying, ‘Yes, I’m interested’, ‘No, I’m not interested’, or, ‘Yes, I’m interested and here’s a phone number’.

Joe: Let’s scroll down the page a little bit and look at a couple of these. Here’s one that says yes and they gave you a phone number. So let’s scroll over and take a look. And they said, ‘Yes, I’d be interested in that.’ Remember, the question that we sent out was, ‘Would you consider selling your home rent to buy rather than just selling it outright?’ He’s saying, ‘Yes, I would.’ Here’s his phone number. So this is somebody that you want to call. So what’s going to happen is that you’ve got an email in response to this and now once you’ve got that email, you need to give this guy a call and put your deal together.

Joe: If you don’t call them or if you’re not able to reach them, in three days they’re going to get an email from our system that says, ‘Why don’t you go take a look at our website and see what our offer is?’

Joe: Now, let me show you the other things that are being done by the system. Whenever they’re categorized, they’re going to be put into a campaign. The campaign goes into your autoresponder. Your autoresponder is part of your clone sites, so let’s switch over real quick and look at the clone sites.

Joe: This is the clone site master admin, and if you scroll down the page and come to autoresponder control panel, and click on this link, it’ll open up your autoresponder account. Now, when I scroll down the page here, I’m going to see the For Rent Method automation system. There’s three different campaigns. One of them is ‘I’m interested’, one of them, ‘I’m interested and I’ve got a phone number,’ and one of them, ‘I’m not interested’. Each one of these has a different series of messages. As you see, you can look at the messages by clicking on one of these buttons, so if they’re interested but they didn’t give you a phone number, then they’re going to get a series of emails that are sent out over a couple of weeks, and of course this last one gets sent out over and over and over again. 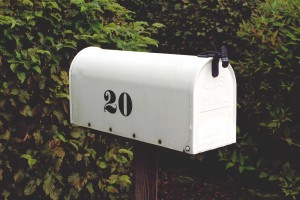